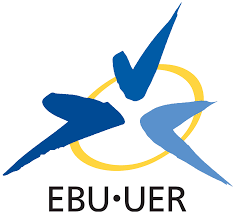 The European Commission has occasionally become distracted – or sought a distraction – from the never-ending euro zone’s sovereign debt crisis by picking a fight which might curry favour with civil rights activists. Witness the events a year ago when it demanded that search engine Google uphold the values of the Freedom to be Forgotten. In other words, embarrassing things from people’s pasts could be erased at their request online.

This week, we had a deja vu moment as the EU took on one individual member state’s media reforms arguing that they posed a “systemic threat” to enshrined bloc values. Poland, the fifth-largest member state, is on a collision course with Brussels over far-reaching, and some say draconian, measures that affect the state broadcasting network.

But is it all a burza w kubku? (storm in a teacup)

There are two strands to the changes in Polish media laws which have upset the EU, as well as additional changes to how constitutional judges are appointed by Warsaw.

The European Broadcasting Union, which is a broadcasting club whose members include (rather bizarrely) non-European Israel and are the founding fathers of the Eurovision Song Contest, have protested Poland’s new landslide victorious Law & Justice Party (PiS) proposals to hire and fire executives and supervisory boards of the state TV broadcaster Telewizja Polska and state radio Polskie Radio. The EBU sees the reforms as an affront to democratic principles and had pleaded with the new Polish President Andrzej Duda not to give assent to the reforms. Today Duda, who was a PiS party member until he assumed office as head of state, approved the changes, and triggered an unprecedented review of domestic media in the country by the EC.

The spat isn’t only about top brass at the state broadcaster. The second element of the media reforms, to be enforced within weeks, will place every single member of staff at Telewizja Polska and Polskie Radio on three months’ notice, with the new management (as appointed or approved by the PiS government) to decide their fates.

Since 1989 when Poland began to democratise after 45 years of Communist rule, the country of nearly 40 million citizens built up formidable media freedoms. Sometimes too strong as critics have said, where media has not respected privacy and trespassed in order to nail a story.

But while many excesses have come from the growing non-state broadcasting sector, it is the state broadcaster which now finds itself at risk of being curbed by politically-appointed broadcasting executives. It is nothing new. Well, ok, it happened in Poland under the Communists! Some cynics say that current TV personnel support the previous government or even the left-leaning former government of Leszek Miller and President Aleksander Kwasniewski. And political appointments to broadcasting are still practised by some Asian governments too.

How much will it cost?

The price of the new media reforms could be the expulsion of Poland from the EBU, and with it the forfeiture of its entry into the Eurovision Song Contest. As reprimands go, that is a rather light one. For one thing, Poland’s love affair with the contest that Briton’s love to knock for itself being politicised has long ago waned. In the show’s heyday, Poland came a close second in the 1994 contest with Edyta Gorniak, the country’s debutante, and Blue Cafe just over a decade later made the top 10 songs.

Even with Poles in Britain eligible to vote and some taking ferries to Denmark from Polish Baltic ports to cast their patriotic votes, they have not mustered a winner so far. In recent years there was debate about whether Poland wanted to shun the event altogether! So it would be ironic if Poland was banned for political reasons from the May contest for what it was doing politically at home, especially since the EBU has always been a pains to show that music unites and the contest is above politics. But then, didn’t we believe that was supposed to be the case with sport until the USA and other western nations shunned the 1980 Moscow Olympic Games on account of the Soviet Union’s invasion of Afghanistan the previous year?

Damage in Poland’s ties with EU partners could, however, be a heavier price to pay and cannot be discounted. What is more, there is no saying how deep that damage could run for a country which has been a direct budgetary aid beneficiary of the EU.

And let us not forget the image of the government at home. Less than one-quarter of its first year into office and PiS has already upset many of its electorate. One thing about having a dominant political mandate as PiS now has is that it can no longer complain that other politicians blocked reforms. The days when lawmakers and President were of different political allegiances and waged a blame game are over. What PiS does in the next few years could change Poland – or lead to the annihilation of PiS at the next general election. So getting things monumentally wrong can be a sobering thought.

But will it become that bad?

Much has been said about the “one party state” that Poland has become since the October 25 elections. The President, upper legislative Senate and lower legislative Sejm are all now in the hands of PiS. One party has, for the first time since the 1989 free elections, dominated all three organs of law-making. One thing commentators have overlooked, however, is the checks and balances which actually exist in the country.

It may be an irony that in one of the last act’s to become more popular with a disillusioned nation, the former Communist regime appointed an Ombudsman and office apparatus on 1 January 1988 to uphold the civil rights of the populace.

Its purposes may well have been to defend workers’ rights rather than embed democratic principles, but the Ombudsman has grown into the real constitutional heavweight title holder in Poland, not the head of state.

After May’s presidential elections, the centre-right coalition led by Civic Platform saw the writing on the wall and appointed a new Ombudsman with the support of its coalition partners as well as the left-leaning SLD. PiS was largely absent in approving of the appointment of Adam Bodnar last September, five weeks before the landslide PiS parliamentary election victory.

Although PiS fared well in the polls, it was not well enough to upset the security of the new Ombudsman. Bodnar has been appointed for a five-year term, comfortably eclipsing the new government’s term and if he plays his cards right could be appointed for a second and final term in office.

PiS commands around 52% of the Sejm lower house. Yet Bodnar can only be recalled by the Sejm if 60% of congressmen back the move. PiS – just 10 weeks into leadership – has already felt the honeymoon period cut cruelly short by the media controversy and alienated any political allies it may have hoped to rely upon in parliament.

Bodnar could be the kingpin in unravelling the President’s assent to the new media laws if citizens complain to him and he can be convinced that the PiS government did not act in the interests of the populace. I daresay it will not be very hard for him to argue that and therefore doomsday portrayals may be premature.

More than half of Scots polled last week say that they would vote “yes” to separation from the United Kingdom in this month’s referendum. But the shock poll seems to have mobilised Westminster into offering an olive branch for the sake of the Union.

Not resting on an already negative campaign worthy of a less numerate and articulate peoples than the Scots which only serves to make them less inclined to stick with the Union on September 18, FinMin George Osborne has now declared in the eleventh hour that more devolved powers will be offered to keep Scotland in the UK with a timetable of delivery to be announced within days.

The decision seems to follow a shock poll putting the “yes” to separation support at 51% and the “no” at 49%. With the undecideds to be counted, it will certainly be a close run vote this month.

Unlike the late 1970s when the Scots last voted and the Labour Government sighed relief that it had succeeded in keeping Scotland within the Union, and by default retaining a chunk of desperately needed Scottish Labour MPs at Westminster, this time the vote is unlikely to be a runaway anything. And as such, whatever Scots decide on September 18 it will only lead to more pressure to part from England at some point.

How the Better Together standard-bearer Alistair Darling can say that despite the yes camp ahead he increasingly sees the no vote winning through is at best baffling. There is momentum increasingly going the other way.

If Darling is right, his helmsmanship will have spared the UK and he can confidently stand to win any challenge to Ed Miliband’s leadership of the Labour Party. But if he loses the Scottish National Party leader and Scotland’s First Minister Alex Salmond stands to make history in capital letters.

Maybe when the timetable for delivering Westminster’s as-yet unstated executive powers to Scotland is published Scots should demand one other thing – a constitutional right to a referendum every 10 years? For there is little doubt that Scotland’s heart has awakened and their people are less convinced with the UK than ever before. At very least the vote would keep London on its toes and ensure that Scotland can continue to bargain until and unless it all becomes too expensive for Westminster and the UK throws in the towel itself!

In a rather unusual intervention it appears that Her Majesty is “concerned” about the prospect of Scotland voting “yes” to separation. The Monarch herself is unlikely to have said anything but Sunday tabloids were full of her angst, as reflected by unconfirmed and unnamed “Buckingham Palace sources”.

One such story. Which went on to cite her saying she was Queen of the United Kingdom in 1977 during the Silver Jubilee celebrations. I am sure she went on to say it for the Golden in 2002 and the Diamond in 2012, but it is very unlikely that she would express comment on the constitution on account of the long-held convention that she is “above politics”. Whoever the sources are that apparently made the remarks they might not sleep well as they have only served to put her into the middle of a political battle in which she is only supposed to be a spectator. Had she any qualms about the vote, the bill that allowed the referendum to go ahead would not have been approved by her.

The way things stand she can appoint a bureaucrat to represent her as has happened in other Commonwealth nations.

But perhaps the most important thing is to remember that, despite the hype, 300 years of Scottish union with England and Wales will not come to an abrupt stop if Scotland votes “yes” to independence. It will take an awfully long time to unravel those ties, if in truth they would be unravelled. Britain’s strength has always been trying to find a way around a crisis rather than driving through the heart of it Russian-Ukrainian style. Furthermore, nothing is ever so permanent. If the Scots turn around in 2017 and say “it seemed a good idea at the time” and want to come back, I am more than certain that a speedy return could be arranged.

Naturally, the in-out-in process would be expensive, but that is a tiny price to pay for democracy we cherish. A golden lesson that Moscow could learn if the Russian government wanted a genuine vote on Ukraine unfettered and unintimidated by guns as happened earlier this year in the eastern half of the divided country.